Jerusalem excavation may have found site of Jesus trial 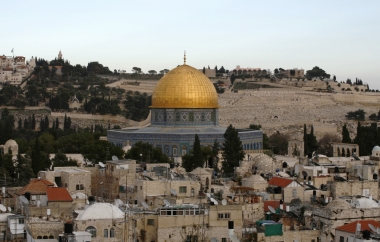 Jerusalem the City of God in the Bible

Jerusalem excavation, Archaeologists in Jerusalem say they have uncovered the site of the trial of Jesus.

They started peeling away layers under the floor of an abandoned building near the city’s Tower of David Museum, used as a prison during the Ottoman period, reports the Washington Post. As they dug deeper, they found the remains of King Herod’s palace, probably where the trial took place.

Excavations at the site and the surrounding area have been continuing for decades, interrupted for lack of funding.

The prison “is a great part of the ancient puzzle of Jerusalem and shows the history of this city in a very unique and clear way,” said Amit Re’em, who headed the excavation team more than a decade ago.

Shimon Gibson, an archaeology professor at the University of North Carolina at Charlotte, told the Washington Post: “There is, of course, no inscription stating it happened here, but everything — archaeological, historical and gospel accounts — all falls into place and makes sense.”

The Tower of David Museum has begun to draw up plans for a tour around the find, and hopes that it will become a standard attraction for Christians in the future.